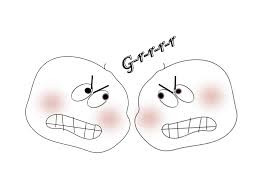 A few months ago I had two business partners phone me to say they were having real difficulty communicating with each other and that they were interested in having some coaching to improve the situation.  They were both concerned that their negative behavior towards each other was putting the business that they had worked so hard to build in serious jeopardy. In addition, their frustration with each other was impacting their home life.

So how did the coaching sessions help?  First of all, I acted as mediator, giving each partner a chance to express their view while the other one listened.  It was very interesting that, as they explained their points to me, new awareness and understanding dawned between the partners.  It was clear that previously, incorrect assumptions had been made, and that emotion, a heavy workload, stress and tiredness had completely clouded the intended message.

Secondly, I used an NLP technique called the Meta Mirror where time is spent “standing in the shoes of another”, literally adopting their physical posture, mannerisms and speech patterns.  By stepping into the partner’s shoes, the client taking part in the exercise could then think about how they themselves could behave differently to communicate more effectively.

Thirdly, we worked on the principles of assertive communication, broken down into four steps:

And finally, we practiced managing negative emotional states in a better way, hitting a mental “pause” button before reacting, taking a breath (one of them called it a “Nelson Mandala Moment”), or if necessary, taking a few minutes away from the other person in order to calm down before continuing a difficult discussion.

At the end of the coaching sessions, I asked the clients what had changed with their relationship.  They said that they had started being kinder to each other, were listening more without interruption, and were being more patient.  And when issues arose, they were working to use assertive communication to properly explain what they were thinking and feeling.  Their relationship was working so much better that their staff even commented on it, saying that they really noticed a difference.

Although this was a business relationship, the approach can be helpful with any relationship between people; life partners, friends, parents and children.

A Story of Coaching: Life at the Gym 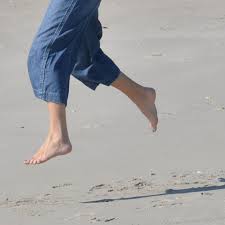 Last week while putting myself through my paces at the gym, I was watching the work that one of the personal trainers was doing with his client.  He was asking the man to jump from the floor, onto a waist-high platform.  The man looked really doubtful, shook his head, and said he could never possibly jump that high.  So, the trainer demonstrated himself and showed that it could actually be done.  He then added a couple of steps to jump from so that the man didn’t have so far to go.  “Try it”, he said.  “Just try jumping onto the platform with one foot and then come back down”.   So the man tried it, and he made it, tentatively at first, and then with more confidence as he repeated the process.  The trainer then took away one of the steps, and through encouragement and building the man’s belief that he could indeed make the jump onto the platform, the man was soon jumping with ease.  He was even smiling.  So the trainer said…”Okay, I think you are ready for me to take away the final step.”  “No, I can’t do it without the step” said the man.  “Yes you can,” said the trainer, “and I will prove it to you.  I want you to jump onto the platform using the step and I am going to take your picture as you do it.  I will show you that you are clearing the edge of the platform very easily.”  The man jumped onto the platform from the step once again and the trainer took the picture.  The client had indeed cleared the platform by a number of inches.  “Okay, try it without the step now.”  The man gave it a bit of thought, and I could see a real change in his face.  He now believed he could jump as high as he needed to in order to reach the platform.  After a brief pause, he made the jump without the step, easily and confidently.  As he repeated the process again and again, his face was lit by a broad smile.  And so was mine.  For me, this story shows how coaching works whether it is for sports, for work or for life.  By using a combination of encouragement, patience, stretching but not overwhelming interim goals, and evidence that progress is being made, goals can be achieved.

The power of coaching:  What seems impossible can become possible.

Most young children have no trouble with eye contact.  They will look people in the eye with innocent curiosity without being self-conscious; it is very natural.  As we grow up, making eye contact can become more difficult, uncomfortable and for some, even embarrassing.  I attended a course a few years ago that included an exercise around eye contact.  We were asked to sit in pairs, and then very simply, look into each other’s eyes, without looking away or talking, for 10 minutes; very simple instructions.  But what a strange and hard thing it was to do at first.  The room was filled with nervous laughter as people began the exercise.  It started off pretty well, but then after a few seconds, without any talking, it began to feel awkward (was my course partner staring at the wrinkles around my eyes? was my hair sticking up? did I have some of my breakfast on my face?).  Finally, I began to relax and enjoy the experience; it is amazing how beautiful and expressive the eyes of another human being can be. And how much connection there is to another person when you really look at each other.

As a coach, I sometimes encounter clients who have difficulty with eye contact.  This can very debilitating, affecting confidence at a job interview, making it hard to make new friends, and creating anxiety in social situations.  One thing that can help is practice.  In the check-out queue try making more eye contact and smile.   Another suggestion is to watch someone who is good at using eye contact, in real life or even on TV and try copying what they do.    And finally, if you can let go of your self-consciousness for a bit, notice what happens when you look another person in the eyes and really see them.  It can be transforming.

by Linda Hayman
Empty Nest
Comments are off 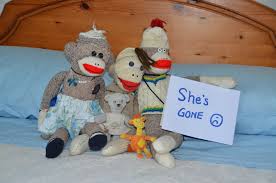 It’s the time of year when students leave for university and it may be the first time they are living away from home. For many parents, who are used to having the noise, the energy, the friends, and the mess of their son or daughter in the house, this departure can be very difficult. I remember one friend telling me that she just sat down in her son’s empty bedroom after he left for university and just cried. So much of her daily activity had been wrapped up in his life, so naturally, it left a big hole. And, there was the acknowledgment that this was a major life transition – he was no longer a boy.

My own two grown-up children have both moved from the U.K. to Los Angeles where they are now going to reside permanently. This has been hard, as we are a close family, but thanks to what I have learned through coaching and NLP, I have been able to manage myself in a better way. Here are some tips that you might find useful if you are suffering from the Empty Nest:

Over 50? What Will Life Bring You? Plan for your Retirement NOW.

Are you 50 or over?  What Will the Next Years of Your Life Bring YOU?

Are you too busy working to think about what you do when you’ll retire?  Just thinking about the time when you can stop commuting, stop going to meetings day in and day out, stop dealing with office politics?  But then what?

Investment planning can help make sure you are financially secure in retirement, personal coaching can help you think ahead about how you want to spend your time in the best way.

Some people ask me, why should I prepare?  I’m just ready to relax and spend time in my garden.  But the fact is, life expectancy figures for people in the UK are on the increase thanks to healthier lifestyles and medical advances.   You could spend almost a third of your life in retirement.

Coaching can help you gain clarity on what you want for the next stage of your life and take action to prepare.  This may be doing something totally new, or it could be building on skills and knowledge you already have.   Our older role models are those who still feel they are “valued contributors”, live with purpose and do what they enjoy.

A happy retirement does not just happen.  It takes thought and planning.  My own father is a case in point.  He retired 3 times.  Each time he stopped working, he couldn’t cope with the lack of mental stimulation, the structure, and the social network that his career provided.  And as a result, he worked too long and medical issues got in the way.  He was unable to fulfil lifelong dreams of travel, and opportunities to do something different.  His advice to me is: Don’t waste this precious time – make the most of it.